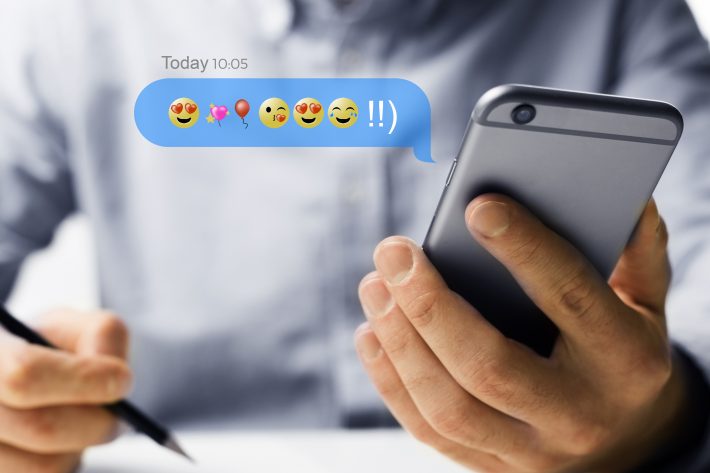 Emojis have come a long way since the inception of the first emoticon in 1999. In honor of World Emoji Day we’re bringing you an exclusive look at the relationship between emojis and consumers. There’s an abundance of research demonstrating how the use of emojis elicits a significant spike in engagement, in addition to being an animated, visual tool for brands to better align themselves with their target audiences. Brandwatch just published a full-blown report that examines how emojis are used on Twitter, and after analyzing over 6 billion tweets, we’re breaking this nifty guide down for you to bring you a glimpse at the most powerful and relevant insights for your brand.

It’s no secret that emojis have always been a practice consumers gravitate towards—from emoticons in 90s chatrooms all the way to the first official emoji keyboard released by Apple in 2011. In 2015, Adweek published research that showed 92% of online consumers used emojis, and even three years, the emoji era is still in full force.

Research from Brandwatch shows the emojis pictured above represent the collection of emojis most used on Twitter. Jeremy Burge, the founder of Emojipedia and the creator of World Emoji Day, builds this out a bit by acknowledging the following: “Emojipedia notes that the most popular emojis at any given time are smileys, hearts, humans, and hand gestures. Even though there is a long list of animals, sports, objects, and symbols it seems that people want to see themselves or their emotions reflected in the emojis they use.”

This is an interesting insight, and may suggest the long-term relevance and continued support of emojis over time. In an age where consumers want more transparency from brands, emojis work as a function to close that gap. The concept of “visual expressions” allows brands to show off their personality in a way that feels more authentic than words, and that sentiment echoes through other social platforms, not just Twitter.

It’s important to note that the spectrum of emojis ranges from positive to negative. Of the combined emoji usage on Twitter, 75% of emojis are used to relay a positive message, whereas negative emojis only make up 25% of the conversation. However, this dichotomy is already experiencing a shift in the opposite direction. See how these dynamics are changing by assessing the data published by Brandwatch.

And to restore your faith in society's use of positive emojis...

This data resembles a window for brands to better understand consumer behavior, and it creates a dialogue to reconsider the way emotions dictate the relationships between consumers and brands. Some experts refer to this concept as internet emotional intelligence. Through the lens of emotion, emojis have been categorized in to 6 different segments: joy, disgust, sadness, fear, surprise, and anger. The graph below articulates much relevance each emotion has on Twitter.

As you can see, emotions like joy, disgust, and sadness, make up 68% of emoji usage, which is compelling given that these emotions are arguably ambiguous. Meaning that the scope in which a consumer feels that way can be imprecise. So, whether they’re praising an ad campaign, organically promoting the quality of a product, or publishing a negative experience online, using emojis can feel like it better conveys the consumers’ point of view.

The emoji exploratory further examined how people are using emojis on Twitter to participate in pressing conversations that are happening live. For example, the 2016 election brought about a spike of negative emojis.

“It’s interesting to see the growth of the use of emojis during key events such as the US election. This gives us a great opportunity to understand, in real-time, the mood of an audience. That is powerful.” – Ian Cleary, Founder at RazorSocial

As brands prepare content and anticipate conversations for upcoming events, whether it be an election, a holiday, the Super Bowl, or even the event of a huge news headline, it’s important to be conscious of what your audience is feeling, and how they’re expressing it on social. Consider this:

It goes without saying that you need to always put your audience at the forefront of your efforts. How is the percentage of your consumer base divided between men and women? Does your brand cater more to women or to men?

Brandwatch’s research shows that women typically use more emojis in tweets than men do, and they’re 6.83% more likely to use negative emojis. Other interesting data includes:

As brands, it’s imperative you understand how you audience thinks, and how they express themselves. But, it doesn’t stop there.

Did you know that, on Twitter, brands are becoming increasingly more associated with different emojis. Take Wendy’s. The all-American burger joint is intuitively associated with burgers and fries. ?? Just like Taco Bell is associated with ? and ?. This surfacing trend poses the question: What brands are benefitting the most from positive emoji engagement? Some leading brands in this category include Pantene, Jameson, Subway, Tesla, MasterCard, Mercedes-Benz, Nike, Target, and more. Hotels, apparel, spirits, and beer lead the way in regards to industries that notoriously bring in the most positive emoji usage.  The success of these mentor brands relies heavily on strategic tactics like:

Needless to say, the influence of emojis is just gearing up, and its impact applies to consumers just as much as it applies to brands. Drop us your favorite emoji in the comments!