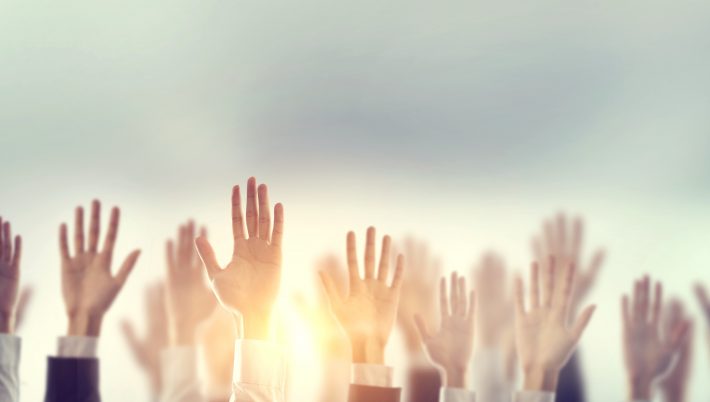 With Election Day in full swing, you’re either embracing your civic duty and hitting the polls or you’re bogged down in busy and awaiting the highly-anticipated results. As with any election, we’ve spent the last several months hearing politicians, celebrities, and our nation’s leaders communicate the significance and urgency behind each and every vote. If you think back to the 2016 Presidential election, you may be surprised to know that only 58% of eligible voters took to the polls, which begs the question, “What’s holding people back from voting?” Will this number decrease with today’s election given it’s the midterms?

As put by the New York Times: “People typically cite one of two reasons for why they do not vote in midterm elections: they are either too busy or not interested, according to Dr. McDonald’s analysis of responses to the Census Bureau from 2000 to 2016.” There are arguably several common responses to this question, but for the sake of this article, I’d like to focus on the concept of being too busy to vote.

There’s been a few topics in particular that have circled around the election conversation.We’ve seen a lot of chatter on Facebook this season suggesting that Election Day should be treated as a national holiday to give every eligible citizen of America the opportunity to vote, and we’ve all had our fair share of exposure to the redundant news of the Russian interference with the 2016 Presidential election. Looking ahead to the next upcoming Presidential election in 2020, it’s interesting to consider how technology may challenge the traditional voting protocol.

John Patrick, author of Election Attitude: How Internet Voting Leads to a Stronger Democracy, reinforces the fact that a majority of Americans don’t prioritize voting simply because they aren’t able to get to the polls. In his book, he talks about how “busy” is an everyday standard for many across the country. As such, there must be a way to introduce some sort of technology-based solution that makes voting more accessible to people. Modern-day technology advancements have brought convenience and ease to so much of what we do—from managing our bank accounts and depositing checks, to saying “Hey Alexa, add bread and butter to my shopping cart.” So, is there a way for us to meet the necessary security standards and create a space for technology to simplify voting, too?

Experts say blockchain technology may be the solution we’ve been waiting for. CNN describes it as “a super secure and transparent public ledger with the history of transaction data from anyone who uses a certain service. Although blockchain is most associated with powering cryptocurrencies like bitcoin, it can be applied to other areas, such as health care or voting.”

If your knowledge on blockchain is at a basic level like mine, it’s important to note that this type of technology is comprised of a decentralized network, which means that several computers can complete the same task, but there isn’t one entity with ownership over the system. CNN elaborates on this further explaining that: “This means when a transaction is initiated between two computers, such as casting a vote, it has to be certified by another. That makes it difficult to manipulate or change the data.”

It’s unlikely that we’ll see officials take a risk of this magnitude with any large-scale election in the near future, especially because we know that mobile phones and laptops are not considered to be secure devices and there’s an overwhelming probability that Americans could be misled in to something that is dangerous or malicious.

However, Votem, a 2016 start-up on a mission to find mobile solutions that make voting more accessible, say their work is fueled by the potential mobile voting can have in way of encouraging more people to vote. Furthermore, they believe they’re on a path that will bring improved accuracy to results, which may solidify lost trust in the process altogether. Interestingly enough, Votem used their system to assist in the Ohio State Bar Association, and even tested a non-blockchain version of its system during the 2016 general election to give military and US citizens living overseas an alternative way to vote.

To combat security concerns, Votem uses “nodes”, the same kind used in mathematical algorithms, to evaluate if the ballot is legitimate or if it’s just a faulty IP address. Votem has been key across several private elections, and has brought more than 8 million votes to fruition in a secure and ethical way.

We’re hitting the polls today, but it’s only a matter of time until technology gives us an evolved way to elect favored officials.